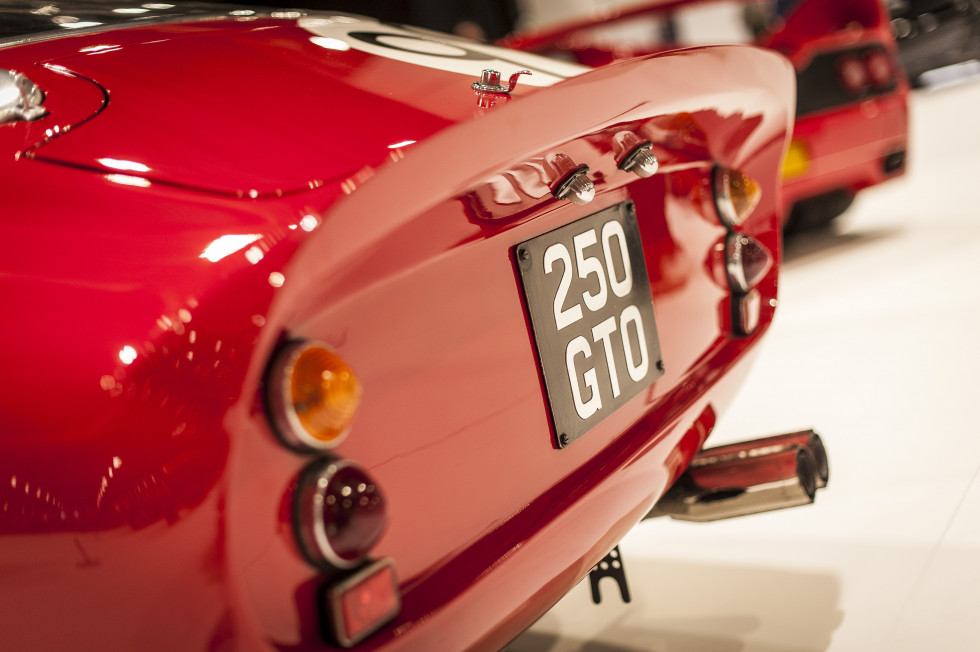 • More than 37,000 flock to the Capital’s premier classic car celebration

• Mini from the seventies sells for new world record price

• Spectacular action as The Perfect Ten parades on The Grand Avenue

In total, more than 37,000 visitors (a significant 11 per cent increase on 2016) savoured close to 800 of the world’s finest classic cars on display at ExCeL London. With a combined estimated value of more than £500m, these ranged from barn-finds and in-progress restorations to unique concepts and pure-bred, championship winning race cars.

Sparkling displays provided by independent vendors ensured all the great marques were well represented in glittering style. AC, Alfa Romeo, Alvis, Bentley, Bugatti, Fraser Nash, Jaguar,
Lotus, Mercedes, MG, Porsche, Rolls Royce and TVR were all included as well as many lesser known brands adding further to visitor interest and intrigue. These lined up alongside a number of today’s manufacturers such as Abarth, Aston Martin and Maserati all exhibiting their latest models alongside icons from their rich respective heritages.

The main spotlight in 2017, though, was firmly on Ferrari. The celebrated Italian company turns 70 this year and The London Classic Car Show presented an incredible display starring 21 of the
greatest cars ever to wear the illustrious Prancing Horse. Never have so many rare and historic Ferraris been displayed in London; the special showcase was conservatively valued at more than £120 million.

The eye-catching tribute featured fabulous examples all the greats – Daytona, 275 GTB, Dino, 250 California, F40 and F50 – and was topped by a scarlet 250 GTO – the most revered and valuable of all Ferraris.

Just 39 of these virtually priceless icons were made between 1962 and 1964 and the show boasted not one, but two of these fabulous creations. As well as the GTO in the Ferrari Tribute, a second starred on the GTO Engineering display alongside other masterpieces from Maranello including a stunning 1955 250 Testa Rossa and an equally rare 250 GT Competition Berlinetta Sport Special rumoured to have been commissioned for Hollywood star Ingrid Bergman.

This year’s show also celebrated the career of Jacky Ickx, hailed by many to be motor sport’s greatest all-round race driver. A special display hosted six of the illustrious cars in which the distinguished Belgian had won grands prix, Le Mans and a Paris-Dakar adventure. Ickx himself was present together with three of the drivers he shared Le Mans wins with: Jackie
Oliver (1969), Jürgen Barth (1977) and Derek Bell (1975, 1981 and 1982).

This year’s other notable highlights included the rare sight of the celebrated ‘Holy Trinity’ – the three latest hypercars from Ferrari, McLaren and Porsche – on the Prindiville display, the Aston Martin DB10 produced exclusively for James Bond in the Spectre movie on the Corgi stand, an exceptional Aston Martin DB4 Zagato ‘sanction 2’ coupe shown by JBR Capital plus four incredible concept cars from motor shows of yesteryear which wer presented by Octane and EVO magazines.

As well as providing a staggering selection of magnificent classic cars for visitors to relish, dealers confirmed considerable interest from buyers. Two cars were sold even before the show had officially opened its doors and many other significant sales followed during four feverish days. Proving that it is not only a show for premium purveyors, Classic Mini Finder sold a Mini Clubman 1275 for a world record price of £30,500.

Advice for those looking to buy a classic was available from respected TV expert Quentin Willson. He was present throughout the show and his latest ‘Smart Buys’ were showcased on the Classic Car magazine stand. “It’s got to be made in relatively limited numbers, it’s got to have a certain chemistry, it’s got to have a certain allure,” tipped Willson. “The cars that are going to go up have to be sexy, they have to look good and they have to make you smile.”

Adding to the excitement, the head-turning cars at ExCeL London were not only on static display. No fewer than 66 hand-picked classics – including some thunderous racing cars – were fired up for eye-catching displays on The Grand Avenue, a unique quarter-mile long highway running through the centre of the show. This year’s theme was The Perfect 10 putting the spotlight on the best six examples of 10 different body styles which then were paraded on the catwalk allowing enthralled visitors to see – and hear – some of their favourite classics in action. Another popular attraction was Car Club Square – a hall dedicated to enthusiasts of popular and affordable classics giving visitors the opportunity to talk to experts and fellow devotees. All those attending The London Classic Car Show were also admitted into the new Historic Motorsport International – a complementary show celebrating the UK’s leading role in all areas of historic motor sport. Its introduction added yet another exhilarating dimension to the visitor experience.

“Whether it’s in size, the number of exhibitors or the amount of visitors, The London Classic Car Show just keeps growing and growing,” enthused Bas Bungish, Event Director. “The Ferrari tribute obviously has been a big success but it’s equally pleasing to know that dealers have sold cars and to see just how popular the addition of Historic Motorsport International has proved to be. There’s a huge synergy between classic cars and historic motor sport – now we will grow both shows in 2018.”

To that end, the organisers have already confirmed two even bigger shows will be staged at ExCeL London from 15-18 February in 2018.